Are All Ads Spam? 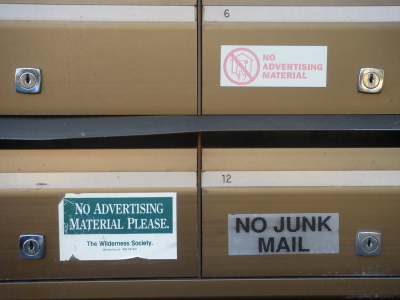 I've got an article in this month's Media Magazine in the States - it grew out of a post here a while back that used this image so I thought I would use it again.

The article conveniently follows on from yesterday's post. It asks whether all advertising will be considered spam when all channels become digital. The definition of spam online is:

So will it no longer be enough just to be targeted and relevant in broadcast media - will advertising also need to be solicited?

If so, brands need to be offering value as well as messaging to engage with consumers.

You can get a pdf of the article here. The title is supposed to be contentious so I would be very interested in people's thoughts on this one. 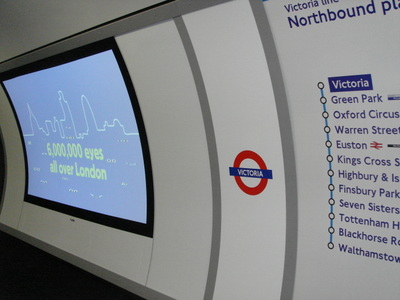 As a proud and self proclaimed geek, I often get asked about digital this and digital that.

"What's the digital strategy?" "What should we do with digital?"

It seems to have become the de facto term for online. With an occasional nod to mobile phones.

To me this is a symptom of the not thinking cleary - of our need as an industry to maintain the delineations we have structurally established.

The picture is of a digital cross track projector. Viacom are setting them up in flagship stations on the London Underground over the next year or so - my mate Steve kindly showed me this fully functioning prototype. Already there are questions surrounding what they are a medium - are they a poster? An out of home film without sound? Will traditional creative agencies produce the films? Or digital agencies?

What about digital television? What about when it becomes proper IPTV all pumping through a Media Centre or Set-Top-Box equivalent?

What about digital radio? Or newspapers that are delivered electronically onto electronic paper?

Sorry. That's a lot of (mostly rhetorical) questions. You get my point.

To me the Internet was never a just new medium - it was a new kind of medium that had the ability to deliver the content developed for any other channel and was interactive to boot.

And the internet changed the rules of the game. People aren't willing to accept interruption online like they are elsewhere. Digital consumers born into an internet age don't think and act like the passive massive.

So what happens when all channels become digital? 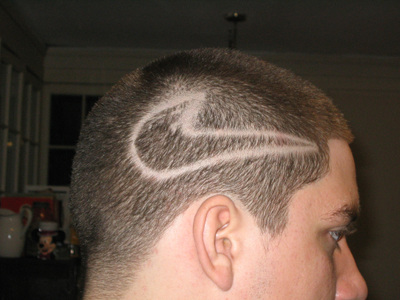 I've been messing around with the idea that brands constitute a kind of language of their own.

I stole the idea from the structural anthropologist Claude Levi Strauss who argued that myths had to be a language of their own because myths had to be told to exist and because they feature the same structures as language, that can be broken down and reconstituted.

And I think that the language of brands might constitute such a language, where the entire myth of Nike can be evoked with the one word. Brands function like the myths of modern culture, providing meaning for us 'meaning seeking creatures' [to steal from John Grant], and the myth is separate from the form as it can be expressed in numerous different ways without losing its essential structure.

To put it another way, Just Do It as a core brand thought can be executed in innumerable ways and yet always express the same thought.

And then I thought what about logos? How does the swoosh invoke the myth? Here's where it gets really geeky - linguistics identifies two kinds of written langauge:

So the swoosh conveys the meaning without recourse to the word, which is the power of a great brand icon - it is abstract and so can encapsulate the complex bundle of meanings that the brand evokes without dragging it down to actual words. It is a symbol.

Which is perhaps why people shave it into their hair.