Kaz over in Japan sent me this 80's Walkman ad that was huge over there.

There's just something endearing about animals listening to music.

Maybe one day we'll get to see the otters dancing to Daft Punk that Contagious are hungry for.

The Man Who Sold His Face 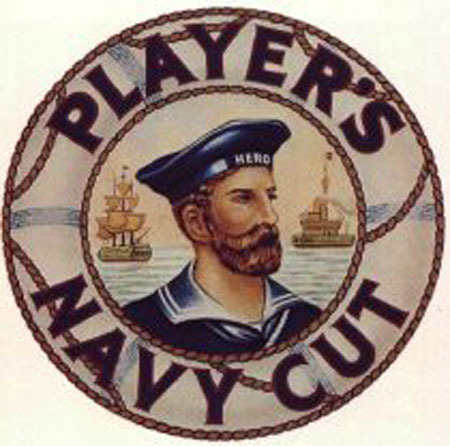 Our exciting 'recontextualised serialisation' of  "The Shocking History of Advertising!" continues:

At this period there was a noticeable tendency to associate girls with cigarettes, without going so far as to put the cigarette between their lips. If people choosew to assume that these girls were smoking, well and good.

[Not really part of the main point but too good to leave out.]

Player's famous bearded sailor had a predecessor, also framed in a lifebuoy. He was a very young sailor and the new face, adopted in 1898, was undoubtedly an improvement. It came as a surprise to many, in the summer of 1951, to learn that this was the portrait of a real sailor, Thomas Huntley Wood, who died in that year.

Wood's likeness first appeared in the Army and Navy Illustrated in 1898, whence it was borrowed for advertising purposes. A friend of Wood's wrote to the firm suggesting payment of a fee of £15; Wood reduced this to a sum of two guineas 'and a bit of baccy for myself and the boys on board.' The firm paid, in case and kind.

Some time later, tiring of people pulling out a packet of Player's and asking 'Is that really you?' Wood shaved off his beard.

An O. Henry or a Damon Runyon could have built an enchanting whimsy round the story of Thomas Wood - the man who sold his face for a song, only to be haunted by it ever afterwards.

Gorillas in the Mix 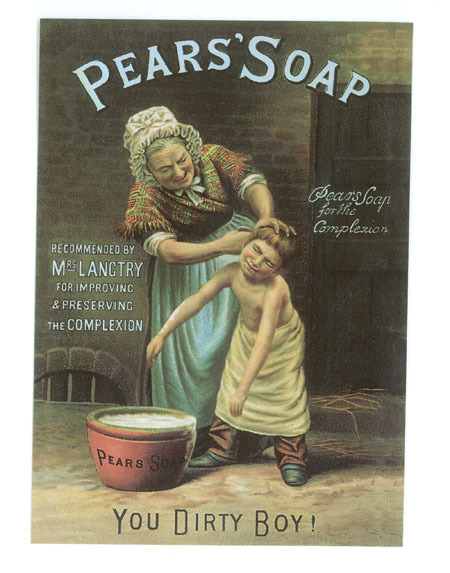 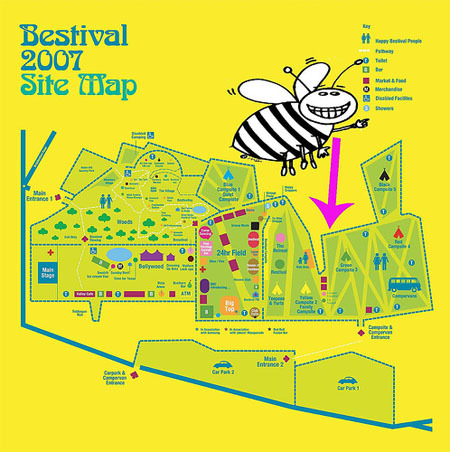 Previous ethnographic excursions to the bacchanalia of the UK's burgeoning festival season have primarily been concerned about the effect of liminality on the human psyche.

However, my investigations have developed and are now addressing the evolution of Herd thinking in relation to liminal spaces.

In true liminal spaces, normally accepted differences between participants, such as social class, are often de-emphasised or ignored:

A social structure of communitas forms: one based on common humanity and equality rather than recognized hierarchy.

This transient collective is analogous to a  Swarm, the most important system dynamic of our networked age.

To steal from Kevin Kelly [who's book Out of Control is one of my echoes of Interesting - thanks Matt] swarm systems have no central control, like a network or a flock or birds or a brain, but loads of interacting agents influencing each other. They are more adaptive than linear systems, as any one part can be lost without destroying the whole, and more unpredictable, as small events distribute simultaneously throughout the system.

Swarm systems also show emergent properties that can't be predicted from their constituents, like a hive mind.

So we're going to attempt an exciting cultural experiment - a liminal swarm!

Or, to put it another way:

We are going to be dressed as BEES at Bestival this weekend!

We're meeting at 2.45pm on Saturday at the BIG TOP in order to form a swarm before joining the main fancy dress procession.

The more bees the more likely we'll achieve some kind of mega-emergent consciousness, which I assume would be completely awesome, so do come and join us if you're at Bestival on Saturday.  I'll have some face paints to BEE you up if necessary.

Also we're aiming to camp up in the Green field where the arrow is in case you buzz past, look for the flag and come say hi.

The Gorilla in the Boardroom

The new Cadbury's Dairy Milk spot is worth taking a look at. From the agency/mind that brought you Sony's Balls, comes the first Glass and a Half Full of Milk production.

So there's a gorilla, playing the drums, to Phil Collins, and a new 'production company', which promises more content in development, to promote chocolate.

The spot brings a smile to my face. The moment the drums kick in and the gorilla flares his mighty nostrils,  the zygomatic major muscles involuntarily contract around my mouth and pull it up and open.

According to the mighty mind of Lawrence Green, this is the point. Just as a cube of chocolate causes a 'moment of joy', so the new Cadbury's strategy is about creating those moments of joy with communications.

Well it just seemed like the right thing to do. There's no clever science behind it - it's just an effort to make you smile, in exactly the same way Cadbury Dairy Milk does. And that's what we aim to continue to do; simply make you smile.

There's clearly no product benefit, no USP, no reasons to believe. Does that matter anymore? Especially with a brand as well established as Dairy Milk? Is the age of Rosser Reeves drawing to close?

Green claims this is the beginning of a new model of advertising without a message:

"Advertising can be effective without a traditional 'message', 'proposition' or 'benefits'. Indeed, some of the latest advertising thinking suggests that attempts to impose them can actually reduce effectiveness. We are trading our traditional focus on proposition and persuasion in favour of deepening a relationship."

It's the old spectre of emotional vs. rational persuasion. Will this gorilla induce an associated psychologically affective state that will covertly bias cognition, altering the decision making process and increasing the propensity to purchase in the target audience? Who knows.

Perhaps more importantly in the age of ennui and clutter and that, the ad is starting a lot of conversations. Some people hate it, some people love it, but lots of people are talking about it.

And if you buy into Crispin Porter's definition of advertising - anything that makes a brand famous - then maybe that's the point.