Do you want to be Innocent? 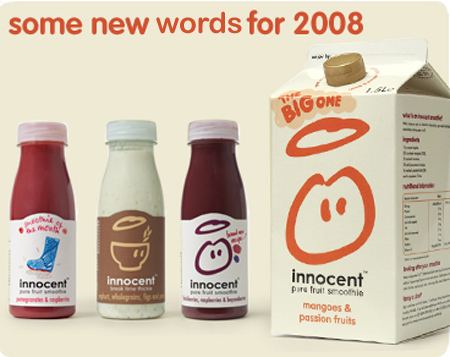 Dan the man Germain has been putting words in the mouth of Innocent all on his own up to now [apart from Buy One, Get One Tree - my mate Geoff did that] - but now he'd like some help:

We recently made a decision to have a go at running our own in-house agency, and we need someone who can come and write lots of classic innocent stuff. That means that this person will be writing everything from ads to pack copy to books to blog posts to everything else that we have to write.

It's an interesting idea - perhaps a troubling one for creative agencies - but for brands like Innocent, that are what they are through and through, perhaps no one knows their tone of voice as well as they do.

So if you are a London based writer with a taste for fruit, head over to Dan's post and check out the details. 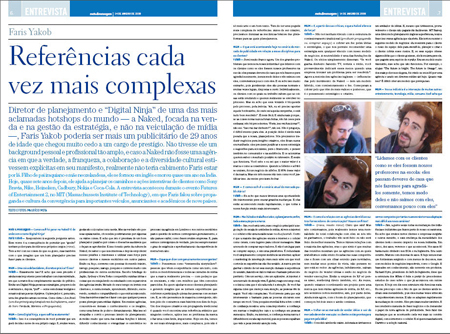 I did this interview with Meio & Mensagem - a Brazilian advertising journal - thanks to my friend Mauricio, talking about how things are and were and should be, in my humble opinion.

Mauricio assures me I didn't say anything too foolish so if you want to have a look and can read Portuguese, you can grab the pdf here.

One of the bits they pulled out was my frustration about the the antagonistic, teacher / pupil dynamic we sometimes get into as an industry with our clients - they set us homework, we run off and then come back for them to mark it [or tell them the Mac ate it.]

Clients are usually people that want to do cool stuff and therefore probably like to be involved - and the more they own the ideas, the more passionately they'll defend your never-been-done-before idea to a board that wants to see how it worked in the past.

PSFK is inaugurating 08 with a conference in the new home of TIGS - New York.

[It's going fine, thanks for asking. It snowed a lot yesterday. If you're a more established NYC resident feel free to suggest good places to drink.]

Piers is pulling together a bunch of interesting people from our world, and lots from elsewhere to help broaden our marketing myopic mind. 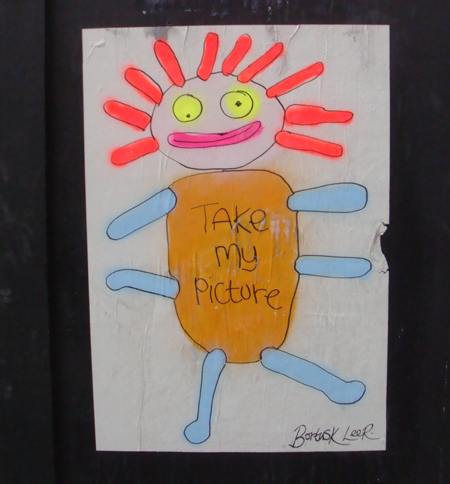 Street art has long been a favoured subject for the ever-growing shutterbug swarm - this grossly/wonderfully simple piece highlights this - and the increasingly dynamic interplay of offline and on that digital devices enable.

While read/write culture usually refers to digital content that is easily repurposed, it equally applies to the art of public spaces. 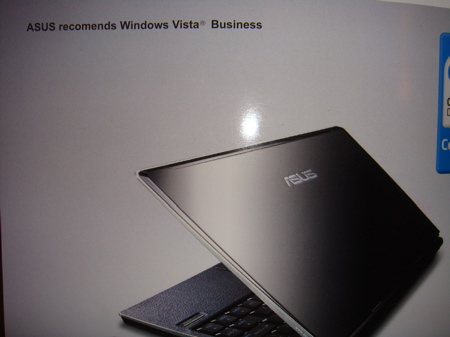 using the spell checker, especially on back cover magazine ads.

Yahoosoft and the Economics of Behaviour 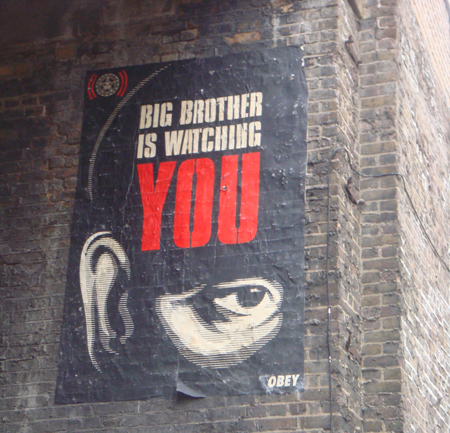 So Microsoft are trying to buy Yahoo! again, this time publicly for $44bn and change, an attractive offer to shareholders as it's a significant premium on it's current trading stock price.

The strategy of large corporations, seemingly unable to foster true innovation internally, has long been "If you can't beat 'em, buy 'em". The problem Microsoft faced with Google is that they wouldn't sell - they tried to buy them at least as early as 2003 - $15bn would have been the bargain of the decade, making even Steve Jobs' purchase of Pixar from ILM pale in comparison.

So, basically admitting they can't compete with Google in the world of the web, whatever dot release we are on, they turned the war chest at Yahoo!

So what's this all about? What's the thinking here?

PSFK has a leaked memo which looks at the benefits of acquisition: in essence we are being trounced by Google and the usual economies of scale, efficiencies, synergies and related corporate blah.

But it seems pretty simple.

Microsoft have never made much money online. The beast is propped up by a functional monopoly over operating systems and office software, with some change from MSN and Xbox sales.

Yahoo! bet the wrong the way - they decided they should be a media company and hired a big media dog to help them get there. But the web hasn't evolved into a pureplay content platform - it's dynamic, participative, long tail, user generated and so on and so on.

And web 2.0 is shorthand for a more significant shift - from content to services.

So, on the face of it, the merger kind of makes sense [putting aside the fact that mergers almost always lead to the combined companies losing value overall, the complete clash of cultures, and the notorious difficulties inherent in this scale of union]: Microsoft make software, Yahoo! have the audience, between them they bring the web as service platform proposition to life.

Except that's not how it works anymore.

As I said before, consumers don't really pay for services online. The business model has changed. The reason Google makes so much money isn't directly via its services - they're all free to the consumer - it's because it has worked out how to monetise behaviour.

The business model underlying all web 2.0 companies is to use consumer input, interactions, tagging, tracks to build better data sets, better services and, most importantly, better models of behaviour.

They then sell them to advertisers - the more we know about you the more efficiently we can target you.

That's why Facebook is nominally worth so much money. And unless Yahoosoft works out how to play this game, the merger won't make any difference.

There is a grander vision, using the inputs of billions of human interactions to help build a new kind of web, a true anticipation machine.

But, for now, it's about advertising, the hated saviour of the web.