We love scoring ourselves, ranking, competing. The more data our digital lives generate, the more like a game reality becomes [as various people have pointed out].

Life is a game. Money is how we keep score. /Ted Turner

Really Interesting Things From the Internet 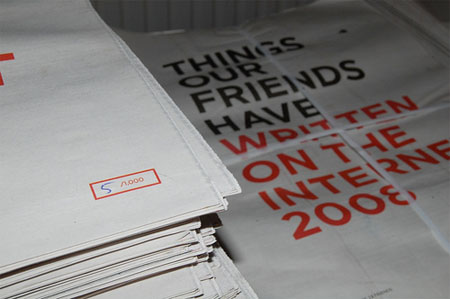 [Picture by Ben, from here]

Russell and Ben have made a very nice thing.

[In a previous life, Ben once won me in a competition. True story.]

They've taken some of the things that their friends have written on the internet they liked the most and made them into a kind of newspaper.

You can read all about it [see what I did there?] here and here.

They've sold out now I'm afraid but the site of the Really Interesting Group is here.

I've been thinking about the primacy of paper. Things in print have more cultural significance still - partially due the peer review requirements, partially due to cultural conservatism, but partially I think for the same reason that books are better than ebooks [for the time being] - thingness.

As my mate Bruce said this morning - in a hundred years you won't be able to find a playback device for a DVD [have you got a cassette player handy? Laserdisc player?] but you will still be able to read the printed word.

If the paper survives. Apparently vellum is much longer lasting.

Previously newspaper content was replicated online. Now online content flows out into paper via cheap on demand printing. Soon content will just flow everywhere, depending on how you want it. 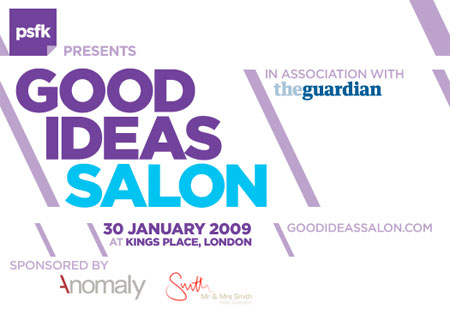 The Salon tradition has venerable lineage and goals.

The idea is to bring together stimulating people to mutually edify, entertain and enlighten each other.

See, back in the day, education and entertainment were though to go hand in hand, rather then the absurd diametric opposition they seem to find themselves in today, and it was the inclusive exchange from everyone that was considered most productive.

All very social that. No mediation involved.

Anyway, Piers is putting on a full day Good Idea Salon in London on January 30th - which positions him as a salonnière, traditionally a woman's role, but we I think we can all be pleased such gender distinctions are thankfully irrelevant now [although if Piers did don a regency era ballgown and powdered wig for the event that would be completely awesome].

Lots of the speakers are people I like and admire very much: Ruby Pseudo, Dan Hon, Jeremy Ettinghausen, Mark Earls, Amanda Gore, Matt Jones, Matt Hardisty, Colin Nagy, Simon Waldman, and so on.

Go and exchange some stuff with them. 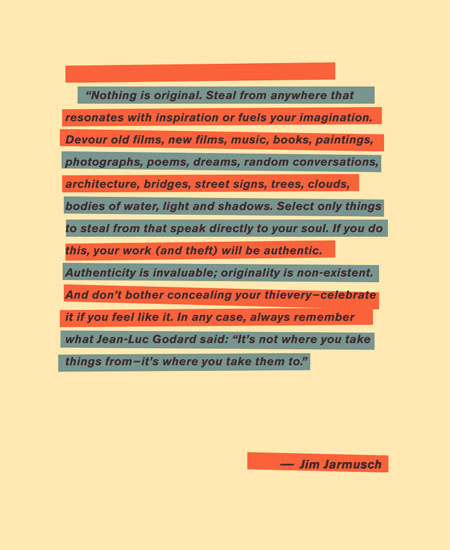 via and thanks Nick

I could start on about how there being something truly original doesn't really make sense as an idea - where would it come from, how would we understand it, how far back do you have to go to claim absolute originality - using concepts, words, pictures, matertials etc etc

But I don't think I really need to - Jim nailed it.

A Preface to Convergence 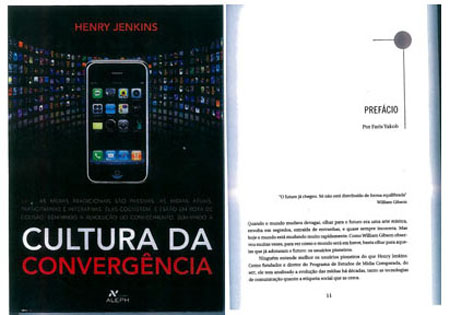 Thanks to my mate Mauricio, I got to write the preface to the Brazilian Edition of Convergence Culture, which was pretty awesome.

It's a bit long for a blog post so I've turned into a paper thing with pictures and everything.

It begins thus [with a quote I probably won't get away with using ever again]:

"The future is already here, it's just not evenly distributed" - William Gibson

When the world changed slowly, looking into the future was a mystic art, shrouded in secrecy, extracted from entrails, and almost always erroneous.

But today the world is changing very fast indeed. As William Gibson has observed many times, to see how the world will be soon we need only look at those who have already embraced the future: the early adopters.

No one understands the early adopters of convergence culture better than Henry Jenkins.

And it goes on from there. You can download the whole thing here.

[Mini Update: Someone has put it up on Scribd too.]

There is one other bit I thought I would pull out for those of you who don't read long form anymore - it comes up in reference to the fact that Henry found me because I had been blogging about him - that seems to increasingly describe how conversations begin online:

On the Internet, conversations about you eventually find their way to you.

Preface to a Preface 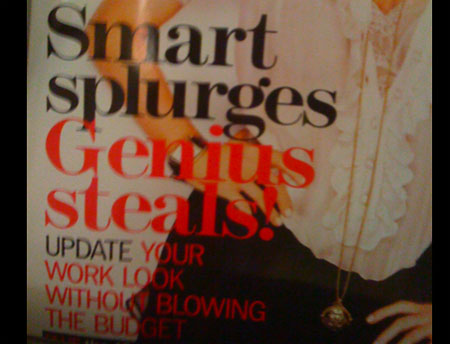 Since last we met it seems TIGS has popped its ugly head into Scamp's Global Top 25 Ad blogs list [at number 25], which is delightful, and has moved into the number 4 position on the Misentropy Global Planning blogs list, which is also delightful.

The lists are great ways to find some nice people saying useful stuff about advertising and that, so you should go and have a look if you like that sort of thing.

And then just today [ish] Neil has nominated the post I wrote about spreadable media as one of his posts of the month [which feels a bit cheeky since I stole the idea but, well, you know] - you can nominate others and vote and that on Only Dead Fish.

So that's quite a lot of blog love during a period of silent blogging.

So tomorrow I'll post something chunky to make up for it, and to pay my dues to Henry Jenkins, from whom I stole the spreadable media post.