And I'm not ashamed to say it.

Despite the Uncanny Valley.

I don't think they are scary. We are scary. They just remind us of us. 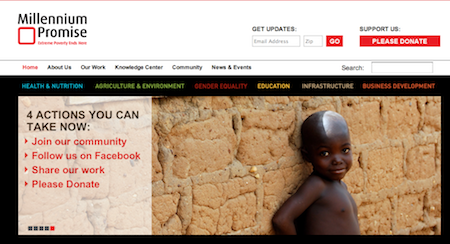 The Millenium Development Goals were goals the world set itself 10 years ago, as part of our ongoing effort to achieve civilization as a species.

You can read about them here.

Tonight - at 7pm EST, some pretty serious dudes are going to be talking about how things are going, what they are doing, and how we can help.

Part of the initative is called Millenium Pledges - personal action plans to help achieve the goals.

You can watch it, and interact with it, live at HuffPo and on the Millenium Promise site.

I'm going to pop in and say hi to the assembled world-shakers - I'll tweet the awesome. 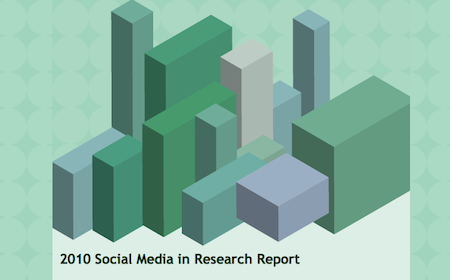 That which was private, can now be easily made public.

It used to be you did research and then used it to inform marketing.

Now research can be marketing, and marketing can be research.

A while back I suggested that, instead of bespoke surveys or groups, you could easily undertake research on Facebook, amongst people who had already self selected your brand or interest, and that, as a side-effect of the public nature of said research, it would also function as marketing.

[Facebook now has a page about market research on the site]

My mate Tom has written a nice piece over on MarketingWeek suggesting that perhaps we need to stop thinking about these things as separate, stop siloing them inside our organisations, and consider the whole field, research, marketing, CRM, customer service as elements of "brand conversations".

In some ways, we don't really have any choice.

Social media has a tendency to make private things public.

We understand that the same entity is operating regardless of which platform we encounter them, and expect some kind of structural cohesion and understanding among those elements.

That's why I think brands work best when they function as behavioral templates: generative frameworks that tell everyone how to behave regardless of circumstance.

The groovy people at co-creation consultancy FaceGroup are doing some research on how social media research is being used in the in marketing research and researching marketing - so pop over and add in your two cents.

The Future is Orange

[Full Disclosure - the is cpb work]

Regular, or indeed very occasional, readers and commenters, will have noticed I spend a lot of time thinking about the future.

This is because I'm an ardent techno-meliorist and a geek.

I geniunely believe things are getting more awesome all around us every day, thanks mostly to the ingenious applications of the mind-bending rate of Moore's Law.

I read The Rational Optimist by Matt Ridley [and you should too] and was nodding like one of those toys in cars.

He points out that, throughout history, people have tended to declaim the terror of the future.

A vision of exhausted resources, polluted skies and seas, overpopulated, teeming cities of anti-social sociopaths and slums and mean people, when in fact things have only ever got better, throughout history.

Don't get me [or my two line synopsis of his excellent book] wrong, there are lots of problems in the world, no doubt.

But, overall, on every possible metric, like efficiency of food production, and life expectancy, and infant mortality, and the amount of man hours required to create light and heat in a home, in every part of the world, everything has got better in the last 100 years.

In fact, I'd go so far as to say, as a race, we are just on the verge of becoming civilized.

As in, at least now, we have mostly just begun to accept that it's uncool to discriminate and abuse anyone based on who or what they are.

Doesn't mean it doesn't happen, but, until super recently, we kind of thought, and enshrined in our laws, that it was OK.

Advertising also often paints on the canvas that writers would call speculative fiction.

[Question: where on the fact/fiction spectrum of literature does advertising lie?

I mean, you know they aren't lying, per se, by self regulatory mandate, but there is a lot of metaphor [in good, interesting advertising], which by its very nature, when dramatized especially, isn't representational of any fact.

Haven't had a good parenthetical tangent for a while.

In the UK, I was privileged to work on a brand that launched itself with promises of a brighter future, thanks to technology.

Things were changing faster than ever before, phone were now MOBILE, and people get frightened when the rate of change in the world exceeds the rate inside their experience of their own lives.

[The same is true of corporations - ask Jack Welch.]

Orange re-assured people that "The Future's Bright, The Future's...Orange".

In fact, while I was working on it, that classic line was refreshed, in charming work like this, and a host of associated behaviors we helped Orange develop, to demonstrate that it was actively working on creating the brighter future it promised.

And the future is bright and orange once again.

This time, with carrots.

[BTW: I love this, not just because it's in the future and that, but also because it is utterly self consciously advertising, satirizing the tropes other brands use seriously.

Which is what cpb has always been great at.

Post Modern Irony, is characterized by allusion and self-referentiality, but also a nod and a wink to the reader, an appeal for complicity.

If you and I both know that this is an ad,

and the grammar and tropes are pre-determined:

you think what you sell is good,

and I know that before you say it,

so why not have fun with it?]

The Impact of Education

This is a lovely presentation by @saneel, media designer and charming man about BBH NY, about how the structure of the advertising industry has evolved, broken into elements in the name of efficiencies, and is now trying to re-constitute itself in relation to a world that is changing faster and faster.

The delicious intricacies of digital platforms, channels and tactics are a crucial element to understand for, well, absolutely everyone, because they are the principle determinants of change in our world, and industry.

BUT we should also remember to take a step back and understand that before the ideas, there must be an understanding of what the ideas are for in the first place, what they are supposed to do, how they interact with messy things like culture and the predictably irrational behavior of human beings, and how all of that makes money for clients, to provide the return on their marketing investment.

Fortunately, there is an excellent course that can help with this, run by the IPA in the UK: an MBA of brands, theory, history, practice and the future.

I fundamentally believe that education is a good thing. [Despite using a split infinitive. You need to know rules to break them for effect.]

Advertising is, in some ways, an amateur profession, if you will allow the oxymoron.

There are no exams to pass, no entry requirements, no barriers to admission.

This is why, I suspect, lawyers and accountants are taken more seriously by grown-ups who run businesses.

This is unfortunate because the commercial value of creativity is hard to overestimate.

Structured on the job training is vital and helpful but often, inevitably, focuses on the HOW, not the WHYS.

This leads to us thinking that the work of agencies is to create advertising.

But, why would anyone want advertising, in and of itself?

Advertising is a means, not an end.

The way it works is mysterious and complicated.

But there are lots of things we do know, from looking back at 50 years of case studies.

Like how emotion is usually more profitable than messaging.

And how advertising seem to create price elasticity of demand better than it increases loyalty.

I was privileged to take IPA EXCELLENCE DIPLOMA in its very first year, and it would be hard to overestimate the impact it has had on me.

Wilsh has written an excellent write up of it here - go and have a look.

And then email Chloe@ipa.co.uk and get some details about the course.

But take Wilsh's satirical warning seriously - once you know something you cannot un-know it.

So you may find yourself, from here on in, asking lots of annoying questions, and wondering why other people aren't asking them as well.