Proximity is a Virtue [REDUX] 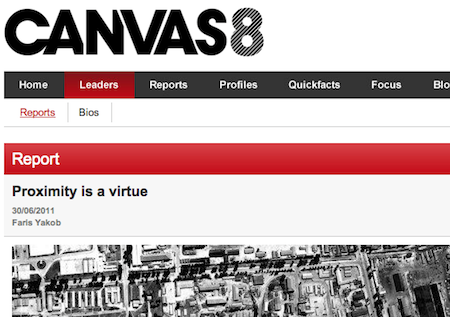 I developed some of the thinking from the last couple of posts and expanded it for the nice people at Canvas8 into a report.

Proximimty is still a virtue, and a few more examples bring that to life, includin, Zaarly, Neighbourgoods and Whipcar, all of which use proximity to facilate sales, renting or sharing.

It also touches on another idea I've been playing with about what customers are:

"For the majority of marketing, it may be better not to think of customers as people.

Throughout the marketing process, we spend a lot of time trying to understand the kind of people who are most likely to buy, but behavioural economics and decision research all suggest that 'where', 'what' and 'when' are at least as important as 'who'."

Which is a nice [as in accurate..I think], slightly abstruse concept to mull over during the long weekend [USA only, check your local listings]. 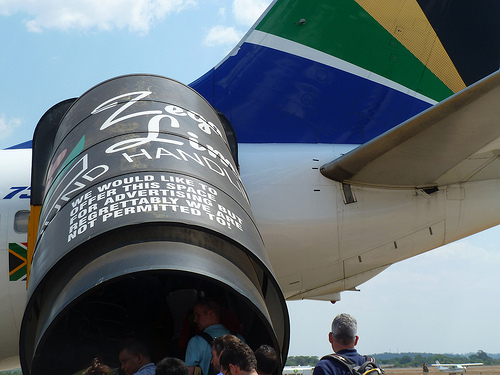 We would like to offer this space for advertising but regretably we are not permitted to!

So we thought we'd use the space anyway... 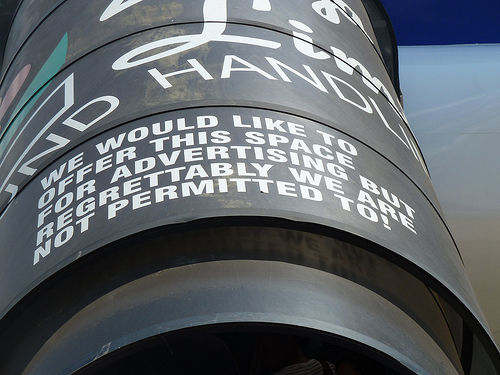 Proximity is a Virtue

Proximity Is a Virtue
View more presentations from Faris Yakob

Last week I gave a little keynote at the NYC launch of the Location Based Marketing Association as part of InternetWeek.

The visual aids are above.

The title is something I find myself saying a lot, one which ultimately stems, I assume, from my laziness, but can probably be expanded to a larger point.

Proximity is a virtue because, even in world flattened by the Internets, things that are nearby are more vaulable, useful, important, most of the time.

In the obvious sense that if I want or need something, nearby is usually better.

But also in the sense that proximity is hugely influential driver of behavior and decision making.

Then I go on to consider what Location Based Marketing might actually be - since it should probably include posters as well as geolocative mobile advertising.

[If there is, in fact, a difference.]

I liked finding the fact that the founder of COLOR said

"their first iteration is about proximity. They want to understand who you're with"

[which makes me ponder why they decided to call it COLOR, and not, say, PROXIMITY.]

And I finished up touching on the digital exhaust stuff I was talking about below.

THE LBMA makes a distinction between Location Based Services, like Foursquare, and location based marketing, as well they should.

But my final example, the BMW EVolve application we created, is a location based service that is also marketing.

My mate Corey and I wrote this thing for Campaign Magazine a couple of weeks back.

They asked for a 'sequel' to this piece I wrote a few years back called The Invisible Web.

It wondered about augmenting reality with data and how/when we would begin to use that data layer - or the web - like blind man uses a cane, what Heidegger referred to as 'invisible technology'.

It's starts with some McLuhaning around:

Part of the power of Marshall McLuhan’s famous aphorism – the medium is the message – comes from the forced foregrounding: it highlights the communication effect of the medium itself, which our brains filter out, rendering the wrapper invisible.

McLuhan understood a me-dium to be an extension of the senses.

The early promise of Augmented Reality (AR) hinted at an evolution of them – the incorporation of those extensions into our direct perception.

Then we decided to look at things from a more networked point of view - rather than adding a layer [or layar] into reality, we looked at what data reality was creating via the digital exhaust, and what might be interesting about that in aggregate - because

[because interactions between individuals creates a system with emergent properties]

[feedback is a loop, man]

That's why I dropped Aaron's TED talk in at the top [Thanks Rosie!] - it shows some of the ways in which he is vizualising the exhaust, or the actions, of the many.