How Much Fun Are You Having? 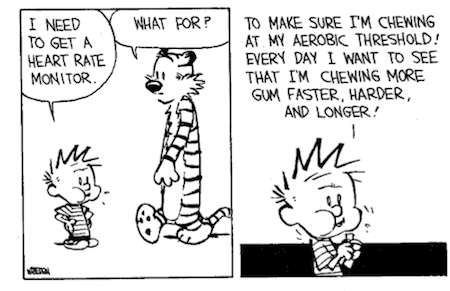 Did you know there's a quotient for happiness?

The Hedonic Scale is a ten point [or 9 point in some versions] happiness meter.

It was based on the insight that, since happiness is subjective, a self reported scale actually makes sense.

Stumbling on Happiness by Dan Gilbert is an excellent book that starts from this idea.

It also points out that, despite measuring it ourselves, we are unreliable forecasters and narrators.

We almost always incorrectly predict the extent and duration of happiness that will come from hypothetical events in the future.

Like winning the lottery. Or having a nice cup of tea.

We get it 'wrong' in the past too.

It's tricky, because, as Kahneman points out in his Ted talk, if you get people to report in real time, and then later from memory, they don't agree with themselves.

Because what you remember and what you experience are not the same thing.

I got a Nike Fuel band and have been trying to GOAL faithfully everyday.

I like the 'form factor'. [Apparently, this means the 'design and geometry']

They remind me of graphic equalizers and my friend Chris' music video for LCD Soundsystem.

And I like having something on my wrist that reminds me to think about health and activity.

According to Stephan Olander, from Nike Digital Sports, the NIKEFUEL is "based on oxygen kinetics."

“The intensity of the activity can be measured by quantifying the change in oxygen uptake between rest and being active.”

I've been speaking to people about it.

Many of my super early adopter friends...

[Quick sidenote - the term 'early adopter' and 'early adapter' are not the same.

The former comes from The Diffusion of Innovations.

The latter is a malapropism.

It could, I suppose, mean someone who adapts innovations early - but mostly it's just wrong.]

...got it the second it became available.

Most of them have stopped using it by now.

To begin with it was super fun. But then it was...the same.

It's like a game without the progression squeezing ever increasing bursts of dopamine into your mind.

The same level over and over.

I have high hopes however.

I think it's version 0.1. It's like the first raft of Kinect games.

They were a kind of gaming legerdemain - making you not think you were just making movements.

The game grammar didn't really exist yet. There was no depth.

I think the NIKEFUEL is really a new kind of interface. A way of interacting with people and ideas and systems.

Physical Installations for example - hinted at by the Nike Fuel Station.

Like the Nike Game On World spot hints at.

It will be way more interesting when the ecosystem evolves around it.

In the meantime, it's just numbers, not fun. 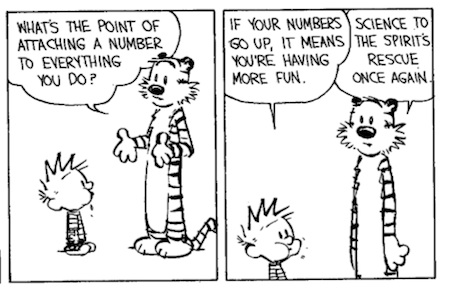 To launch their new website, The Marketing Society asked me to update my Digital Decaplet piece because it was the most viewed article ever on their old site.

So I did. Or, more accurately I wrote a new forword to the old piece.

It gave me an excuse to reflect on this video that I wrote sometime in 2006.

If we were to think of this decade (the…teens? Did we ever decide on that?) as one year, we are at the bit where we still think it’s the beginning of the year, but pretty much spring – a quarter of the way through, sometime around the end of March.

So, when I was asked to update this piece, I had a look and thought: things are pretty much the same as then, because we are just at the beginning.

That’s one of the benefits of abstract aphorisms; they tend to last longer than tactics in a world that shimmers and moves, faster and faster, to the beat of Moore’s Law.

But this is also an illusion.

Things change faster and more slowly than we expect, and, like watching a child grow, if you are living with them every day you don’t really see the change. It takes a distant aunt who only comes for Christmas to notice and say “ooh, haven’t you grown?”

I was reminded of this when I was watching the video about 2010 you can watch in the cinema.

You can read the rest on their brand new site.