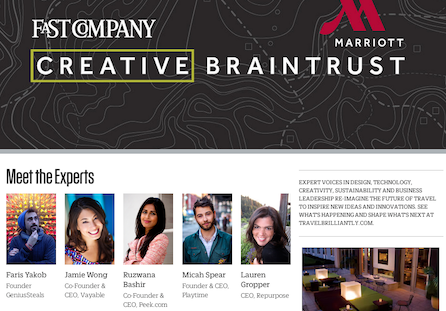 I'm the 'creativity' correspondent for the 'creative braintrust' they put together, which doubles me up on the creativity front, or renders me tautological. Possibily both.

I shall endeavour to make it fun.

I've written a couple of pieces so far.

The first is called Time Travels, about the the impact of technology on our understanding of, and in some ways in the creation of, time zones. The demands on people and companies trying to operate in real time, all the time, everywhere.

The second is called The Roads More Traveled, about the exploratory nature of heading out into the unknown, which is becoming more known all the time. How maps, pheremone trails and foursquare are much the same and how the combination of new and familiar opens up new avenues of ideas.