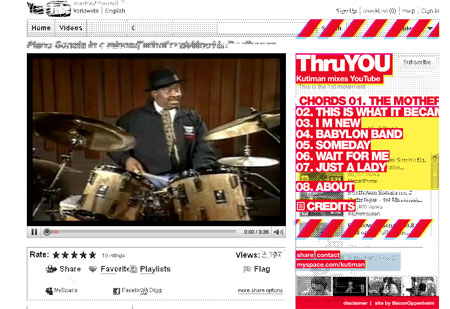 In an intense attack of 'lots of the things that excite you coming together in ways you would have never expected', Twestival NYC [see post below] has scored Eclectic Method as the headline act.

Imagine going to an awesome party that raises money for a good cause that has a truly incredible headline act - wouldn't that be good?

See you there, then. 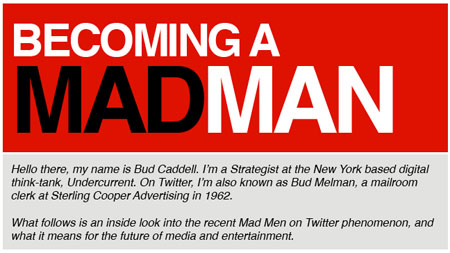 So - you know what I was saying below about digital content being a palimpsest? An invitation to overwrite?

The Motrin ad that caused such a stir among tweeting mothers yesterday has been rewritten today.

The original can be seen here.

Or other things that begin with re.

Up to you, really. 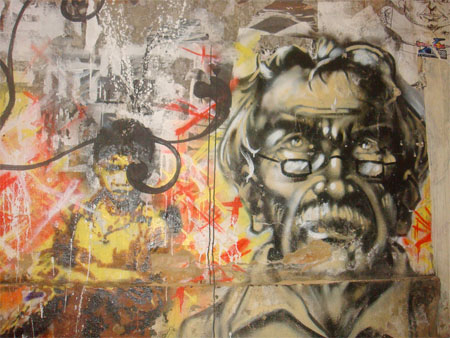 Yesterday I updated the previous post but as well as adding a couple of lines at the bottom I re-wrote some of the body text, in a way that indicates it has been re-written - I turned the post into a palimpsest.

And then I began to see them everywhere.

A palimpsest is a manuscript that has been overwritten. It comes from way way back in the day when parchment or vellum was expensive and durable so scribes would scrape off what had been written and write over it. But, inevitably, trace of what was there are left behind, making the new text an iterative build on the previous.

A wall of street art is an urban version - each work builds on / writes over the other. Toilet door graffiti is the same.

In the digital world, everything is a palimpsest.

Wikis are pure - each overwrite can completely erase what came before or it can build on it, add and comment.

But all digital content can be re-written. I can go back and change any post. Any video or image can be retroactively altered, overwritten. Digital content exists in constant flux.

This builds on the idea that content is a process, the beginning of a conversation, a substrate for additional creation.

Endlessly iterative, with each iteration adding some new element, some new lease of life to the original.

Each remix is simply the next step in an ongoing journey through recombinant culture.

Layer tennis is a literal expression of this - creative consequences for CS3 - but any piece of digital content should be considered as a palimspsest from the outset.

Whether or not you want them too, someone will have something to add.

Interesting: A History of Recombinant Culture

View SlideShare presentation or Upload your own. (tags: remix culture)
This is the talk I did at Interesting NYC a while back.
It was a lot of fun.
It is a companion piece to the other remix culture pieces on TIGS.
The slides are directly below so if you click as you see me clicking, you'll get the full effect.
You can see the rest of the very Interesting presentations here. 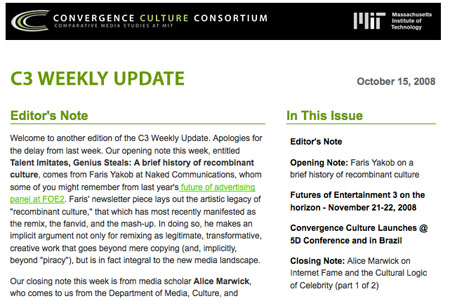 A couple of weeks back I wrote this article TIGS manifesto thing for MIT's Convergence Culture Consortium Newsletter.

The piece was a prose extension of the presentation I gave at Interesting NYC, which is itself derived from an earlier prose version I wrote ages ago.

Faris' newsletter piece lays out the artistic legacy of "recombinant culture," that which has most recently manifested as the remix, the fanvid, and the mash-up. In doing so, he makes an implicit argument not only for remixing as legitimate, transformative, creative work that goes beyond mere copying (and, implicitly, beyond "piracy"), but is in fact integral to the new media landscape.

Ontological translation comes full circle, updated with reference to things like Ubiquity [which will change everything once it actually works].

You can read the whole thing here.

The closing note was written by media scholar Alice Marwick, who kindly gave me permission to repost her work, about the nature of cultural logic of celebrity.

It's awesome and hopefully she will post part 2 on her blog.

Alice will be speaking at FOE3 - yet another reason why you should be there.