Markets are predictive. Securities are valued by the market with an eye to future growth potential. Discounted cash flow analysis puts a risk rate on potential future earnings over time, discounting it to arrive at a present value to ascertain the investment potential of companies.

[This doesn't mean they are always right - it just means they reflect what the collective considers to be the future. However, markets make actions visible, and thus suffer from information cascades, which can cause bubbles.]

In the Wisdom of Crowds, James Surowiecki demonstrated that, under certain key conditions [including independence, which means the actions can't easily influence each other, which helps prevent information cascades] groups of people working individually for their own interests are very good at predicting how many beans are in jars and how much bulls weigh and lots of other things that you can assign values to.

Prediction markets are a way to leverage this ability: they are speculative markets built to make predictions - the Hollywood Stock Exchange is one of the most famous and successful.

IQ has written a whitepaper which looks how we might apply prediction markets to advertising pre-testing.

[His Long Tail of Branding paper won the WPP Atticus Award, so you know Sorrell digs it.]

The paper has a great round up of the current cristicims of advertising pre-testing and offers an alternative which would be effective in certain contexts, depending on the objective of the research.

I especially like it as the methodology addresses the I'm Special bias by asking consumers to model the responses of others, something I think is a good idea. 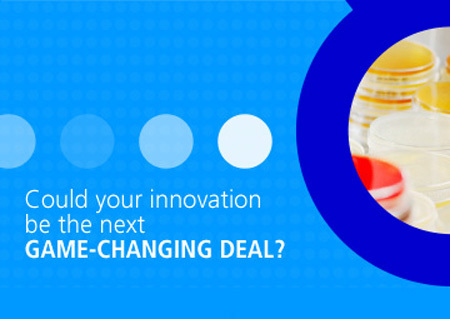 I feel like I should have known about this before, but I don't think I did.

P&G's Connect + Develop programme [interesting that they didn't use the ampersand for C+D...or perhaps it's not], is an open invitation to take ideas into P&G, a bit like Dell's Ideastorm but the P&G scope is a bit wider - they are looking for innovation around any area of their business:

Packaging, design, marketing models, research methods, engineering, technology, etc. — that would improve our products and services and the lives of the world's consumers.

The future is open and I'm often impressed by how P&G embrace new thinking. They are looking to collaborate, buying into the idea that noboody is smarter than everybody, and they have a number of briefs on the site that they are looking for help with.

As they point out, P&G make a formidable partner. Rid your mind of thoughts of Steve Guttenberg, for I refer not to the classic 80's movie about old people getting their groove back by swimming with alien pupae, but rather to the new handset from O2.

O2 have been the only operator to move along their value chain into handset production and their latest effort is a thing of beauty. I know this because the nice people there have sent me one as part of their research  / seeding efforts. [UPDATE: Tom reminded me that this isn't true - Orange have the SPV for example. My bad.]

I'm a big fan of using research as a seeding programme. In essence, you target a bunch of people who fit your core audience [or, as in the case, a bunch of bloggers] and send them pre-release product for free, asking them only for feedback on the user experience. Obviously you don't ask them to promote your product - this would completely backfire and you really don't need to.

There is a well documented phenomenon in research known as the Hawthorne Effect. When under observation, people change their behaviour or performance. This was first observed in a factory when productivity went up because they were being watched.

But the definition has been broadened to include any effect on behaviour triggered by increased attention. So, to return to our seedingsearch, by giving people free products pre-release and asking their opinion you both flatter their ego and make them predisposed to like whatever it is you're asking about. Although you may try to be objective, you already feel warm towards the brand. Basic politeness dictates you aren't rude about a gift.

Plus, since you've got a new toy, you naturally want to talk about it, which is exactly what I'm doing now.

I've had it for a while and it's cute - all iPod white and soft to the touch clamshell. It probably isn't geeky enough to be my primary phone - I need an HTML browser and I can't find one for it yet - but otherwise I've been pretty impressed.

O2 consulted with some design agencies to build the thing and there is evidence of some well utilised insights. On the outside the white surface can also display blue text - so you can see the time or who is calling without opening it. It has a cradle that turns it into an alarm clock [the most used function on mobiles after voice and text is the alarm clock.]

Oh and last night when I walked into the O2 dome [I saw Prince - he was COMPLETELY AWESOME] the wallpaper changed on the phone to a picture of the O2 and the soft keys changed, allowing me to access maps of the place and get into the O2 areas and that, which was a nice touch. 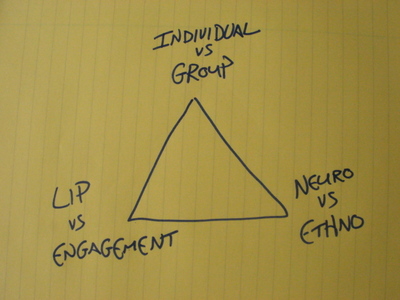 What's the web talking about? Plannerliness pointed me in the direction of Popurls: links to the latests web buzz.

It pulls top feeds from digg, delicious, flickr and all that sort of thing and creates what your netvibes page would be if you were the hive mind of all web users.

One glance and you can see what the connected are currently interested in. 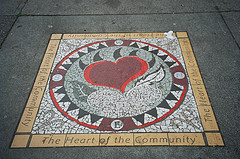 My mate Lexa has written an excellent paper on Virtual Online Communities that is essential reading for anyone interested in the 'hottest topic on the web', to steal her words.

It covers the typologies of online communities, how they grow, the business opportunities [and risks] they offer and a brief glimpse into their future.

She was kind enough to credit me for the two cents on Second Life I offered her - thanks Lexa! 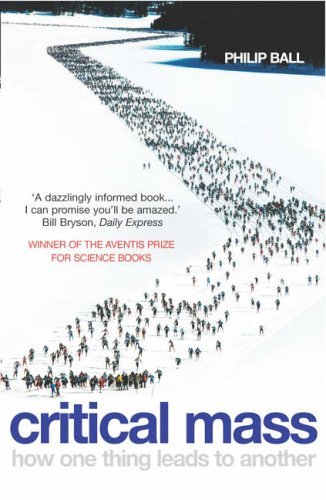 Its subtitle suggest the nature of it - similar to Gladwell's Tipping Point but much more sciencey, it applies the physics of phase transitions - the sudden shift in state from gas to liquid of millions of molecules of water for example - to other more 'complex' phenomena such as traffic and social networks.

All very interesting but the bit I particularly latched on to is the rule, also referenced in complexity theory, that MORE IS DIFFERENT.

What they mean is you can't know something about how large groups will act by observing individual behaviour because the interactions of large numbers change the output in ways you cannot predict from smaller numbers. Groups are not simply scaled up individuals. They act differently.

To me this suggests [if there was ever any doubt] that Mark Earls was on to something with his brilliant paper Advertising to the Herd [you can download it here - scroll down a bit]:

the most important characteristic of mankind is that of a herd animal, not a lone individual

If we want to understand how herds act and respond we need to study herd behaviour - not individuals.