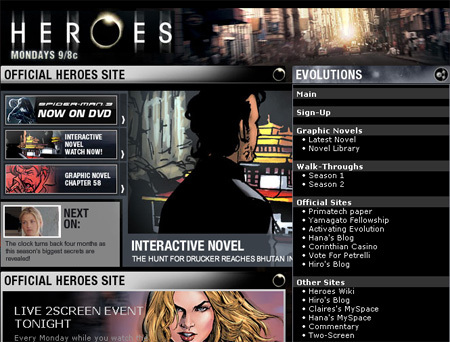 Heroes is the pixel edge of transmedia television.

I'm over in Boston for the Future of Entertainment thing but on the Thursday before [15th Nov] I'm going to see a couple of the guys behind Heroes chatting with Prof. Jenkins about the shift from appointment television to engagement television.

It finishes at 7pm or and I'll be kicking around MIT grabbing a beer with a couple of people, hopefully...

So if anyone fancies joining for a mini impromptu Boston beersphere - drop me a line.

Equally there may be similar micro drinking opportunities on the Friday and Saturday. 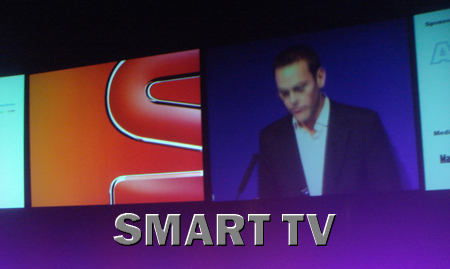 At the IAB Engage conference yesterday, James Murdoch described his vision for a converged Sky and announced the launch of Smart TV sometime next year.

Smart TV is a system that turns the Sky Plus box into a local ad server. A partition on the hard drive is reserved for advertiser content. Sky already knows your name and address. Using behavioural targeting across their platforms they will be able to tell what you are in the market for.

Been watching a lot of kids programmes for the first time? Looks like you've just had an addition to the family - might well be time for a bigger car; browsing for holidays online using Sky Broadband? Looks like you could be open to an offer on a cruise.

So, having modelled you individually, when you sit down to watch Lost, the Sky Plus box will serve you ads individually, specifically based on this information, in the breaks.

Welcome to the age of TV as a direct medium, almost exactly as we've discussed it before - the online model transferred to television.

Except in the model we were talking about, you would register your preferences. With Sky, they'll be watching what you watch, recording what you look for online, and then serving you ads individually.

The question becomes, how much private information are you willing to give up in return for more relevant advertising?

PS. You can read more from the conference on the now obligatory conference blog. 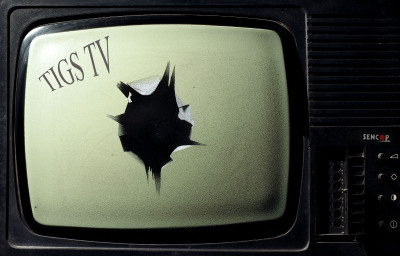 Google has made no secret of the fact that it wants to roll out its ad serving model across other channels - they've made forrays into radio with the acquisition of dMarc - and CEO Eric Schmidt recently detailed their plans for moving into television.

The picture he paints is based on Google's contextual model - so the broadcast stream would trigger relevant information / advertising on a web browser and eventually on screen.

This got me thinking about the broadcast model that television operates. You buy an audience and fire out messaging - but does it have to be that way? Why couldn't the online model tranfer to television?

With the advent IPTV the broadcast stream is effectively one to one.  Eventually, why not have ads served during the breaks individually, as they are online. You could then target ads specfically - have television ads frequency capped as online ads, have sequential executions served over time regardless of how frequently you watch television - if you don't switch on for a month the ads could still be served allowing for equal cover / frequency build across all viewing behaviours - light or heavy.

Once IPTV becomes mainstream you could have ads personalised on the fly - the streamed ads having an allowance for a name that is dynamically inserted at the set top box, for example, so that the ad addresses you directly.

Even further, consumers could register their interests to receive more targeted communication - or at least a higher proportion of advertising appropriate for them - minimising wastage for advertisers and irritation for consumers.

To steal from Mark Twain: reports of the death of the 30 second spot have been greatly exaggerated.

[Note: Should anyone need to be reminded of the power of film - this new Nike ad - A little less gravity - is fantastic.]

The Dawning of the PVR Age

Thus far, PVR penetration in the UK has remained relatively low, driven almost entirely by the Sky Plus offering - standalone PVRs are rare.

This is about to change.

Freeview has moved over 8 million customers on to digital TV in two and a half year because they offer a digital TV solution for a one off purchase. They have just announced the Freeview Playback brand - designed to build awareness of digital video recorders and push adoption before the 2008 analogue switch off.

It launches in September. If they can deliver similar results in this market - the only barrier would be the price point and hardware costs are crashing - we could be seeing significant UK penetration by the end of next year.

Some estimates put PVR penetration at 30% by the end of the decade - which seems like a long way away but is only 3 and half years from now.

What if the passive massive stop being passive? Are we ready?

There is an even bigger question:  how will this technology overlap / interact with IPTV? Thinking about TV and the Internet as different channels makes no sense once you can access the same content via either.

The picture above is of the BBC Interactive Media Player [iMP]. When it is up and running it will allow users to legally download any BBC content using peer 2 peer technology, for consumption on any device.

From Time Shifted to On Demand.

And in an on demand world, there are no ad breaks, because no one demands them. 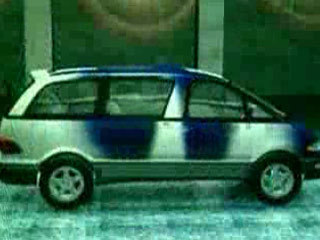 Accenture have developed a prototype of what they call a "Real-Time  Television  Content Platform" - essentially a set top box that allows the broadcast stream to be altered dynamically as you watch.

By triggering the interactive mode you could engage with ads and programming in real time, for example changing the colour of the car in the ad as in the picture above.

The next time you see that ad, you would see it in your chosen colours.

This seems to be a hybrid that allows for narrowcasting within the existing broadcast model -  the personalisation happens at the set top box.

They say it brings the best of the web to television - personally I don't think that distinction will make sense when all television is broadcast over IP. Come fiber optics and gigabit bandwidth, will anyone choose to watch what is pumped out, rather than choosing the content they want to see?

But in the meantime, this seems like an interesting way to make broadcast content relevant to individual viewers. 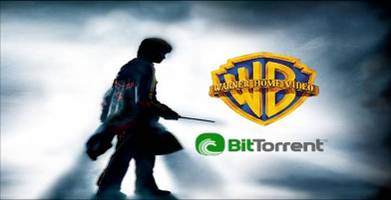 Warner Bros. just announced a deal to distribute their movie and telelvision content via the file sharing platform Bit Torrent.

Bit Torrent is the heir to the Napster crown, a distributed p2p platform that people all over the world use to download content. Its unique architecture means it can handle huge files and thus is great for film content [Bit Torrent transfers have been estimated to make up 1/3 of all internet traffic].

While this seems like the movie studio moving in the right direction, developing a legal alternative before their entire business model comes under threat, they are still locking the content into a digital rights management [DRM] solution.

I recently saw Cory Doctrow [of Boing Boing] speak about DRM. He makes a compelling argument that DRM is intrinsically bad for the consumer  - it turns technology into something that attempts to control its users.

Ultimately, honest users are the only ones affected by DRM, as they elect to buy the content. Pirates will never encounter the DRM in the first place. You can download the whole talk here.

The problem is that the studio is applying an anlogue model to the digital.  In the connected world Piracy is Good. Instead of thinking about selling content and restricting access, think of a free broadcast model, where consumers select content they want.

If an advertiser provided the official version of the content, to be shared, with a little logo instead of those channel idents you get on a broadcast stream, think of the eyeballs, without any distribution costs. 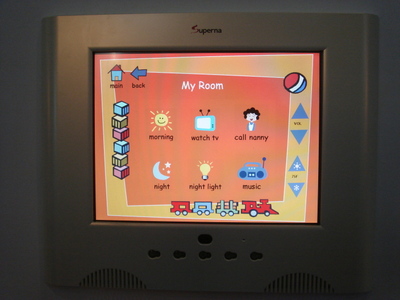 Microsoft and Sony have been harping on about the connected household forever but it will finally begin to emerge in the next few years.

Whether or not it's Windows Media Centre, the model where all the content [recorded TV shows, movies, music, pictures], is available in every room, will become dominant - changing the way we consume television content in particular.

Think about how much TV consumption changed when we went from one family TV to TVs in your bedroom. The empowerment of youth began with their own TVs, as did the breakdown of  family viewing.

So TVs in your room led to the rise of Janet Street-Porter and, ironically, to the idea of joint viewing occasions as previously all viewing would have been joint.

And if this snap of an integrated media terminal embedded in the wall,  from consumer electronics fair CeBit [running this week in Sydney],  is any indication the next generation will be media meshing before they are out of nappies. 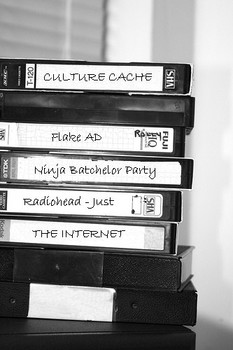 Trendwatching.com coined the term LIFE CACHING for the emerging practice of recording and sharing our own lives using tools like digital cameras and blogs.

At a macro level the Internet is facilitating a collective form of this behaviour - CULTURE CACHING.

Accelerated by Youtube, there is a growing record of our culture, stretching back into the analogue past, as people dig out footage and share it with the connected.

You can now see classic fronds of culture like this  80's Cadbury Flake Ad or Radiohead's Just video at the click of a link.

The Internet Archive Project is the serious face of this trend - a conscious attempt to build a "a digital library of Internet   sites and other cultural artifacts in digital form" to record each iteration of the web as it emerges. 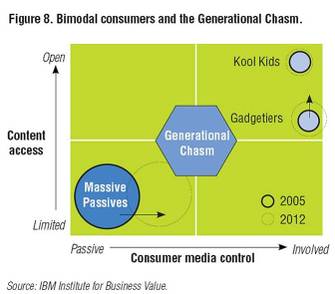 The end of TV as we know it: A future industry perspective

[I love how consultancies do knowledge marketing]

There's some good stuff in there, culled from numerous interviews, about the brave new "world of platform-agnostic content, fluid mobility of media experiences, individualized pricing schemes and an end to the traditional concept of release windows."

But there's also an important caveat - that most people, even looking to 2012, are going to remain entrenched in existing modes of media behaviour.

They call this segment the "Massive Passives" but, personally, I prefer the Passive Massive. 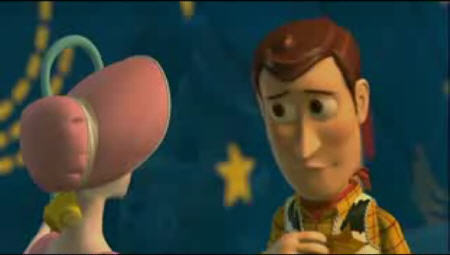 Trailer trashing is a new twist in the clip culture propogated by Youtube. It all began last September when a post production house ran a competition to re-cut a film trailer, changing the genre of the film. The winning entry was a remix of The Shining that twisted it into a romantic comedy.

It's a perfect new form for the connected - collaborative and recombinant.

Highlights so far include the Toy Story / Requiem for  a Dream mash-up.

And it recently hits  whole new level with this  masterpiece for Titanic 2, spliced together from more than a dozen different movies.